History of the Province 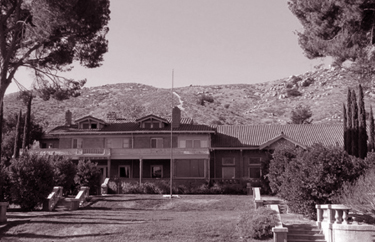 The Western USA province began in 1964. The main ministries were a minor seminary in Riverside, California, staffing a high school in the Watts district of Los Angeles and serving the needs of Japanese and Black Catholics in the Bay area. Through the years we have increased our presence in parishes and ministries in Los Angeles, Orange, San Bernardino, San Diego, Oakland and San Francisco.

The headquarters of the Provincial is in Riverside, CA. the site of the original minor seminary.

History of the Society of the Divine Word

St. Arnold Janssen was a diocesan priest who burned with a desire to send men and women missionaries around the world to share the good news of Jesus. In 1875 he began his dream in the town of Steyl Holland. From simple beginning, the Society of the Divine Word, and the Sister Servants of the Holy Spirit, both active a contemplative, now reaches out to 72 countries and numbers 10,000 priests, brothers and sisters. 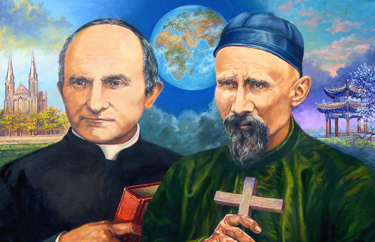 Born in 1837 in Goch, a village on the lower Rhine in Germany, Arnold Janssen was ordained a priest in 1861. He had a passionate interest in the missions. Since the “Kulturkampf” was raging in Germany and the government was putting obstacles in the path of the Church, Arnold Janssen crossed the border into the Netherlands and founded his mission congregation in the little village of Steyl.

Fr. Janssen named his congregation the Society of the Divine Word because he pictured the Incarnate Word sowing missionaries around the world. Above all, he thought of Jesus Christ who is referred to in the beginning of John’s Gospel as “the Word”:

But Fr. Janssen set to work with incredible trust in Divine Providence. After only four years, in 1879, he was able to send the first two missionaries to China. 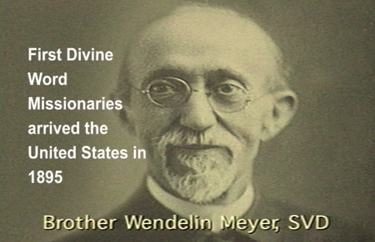 After the first mission in China, a mission was accepted in Togo (West Africa), then one among the native tribes of Papua New Guinea. These were followed by missions in Japan, in the Philippines, among Americans of African descent in the Southern USA and then among the “Indios” of Paraguay. Teams of missionaries were also sent out to care for the spiritual needs of poor immigrants in Argentina, Brazil, Chile and Ecuador.

In Europe, Fr. Janssen’s mission house in Steyl was no longer large enough to prepare all these missionaries. Therefore, he founded new mission houses: St. Gabriel in Austria near Vienna, Holy Cross in Poland, and a house in Rome, Italy

Twenty years after founding the Society, Fr. Janssen dispatched Brother Wendelin Meyer, SVD to the United States. He arrived in Hoboken, NJ in 1895. 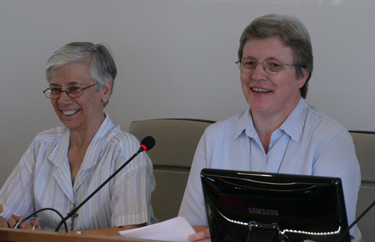 Within a year, more Divine Word Missionaries were sent to the United States. They eventually settled about 35 miles north of Chicago, in what is now known as Techny, Illinois.

In 1909, encouraged by successful recruiting efforts, the Society opened St. Mary’s Mission Seminary at Techny, the first seminary established in the US primarily to train men for the foreign missions.

In 1923, the Society opened St. Augustine Seminary in Bay St. Louis, MS to provide African American men with the opportunity to become Priests and Brothers. 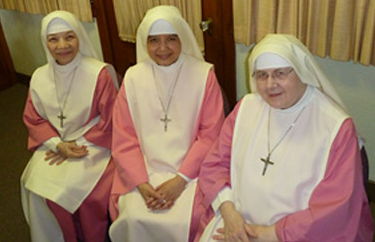 Our Saints and Blesseds 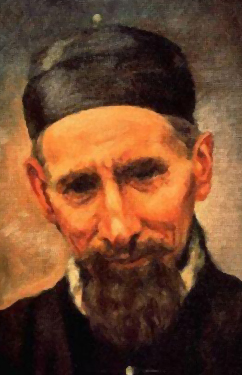 Fr. Janssen died in 1909 in our motherhouse in Steyl. In 1975, one hundred years after the founding of the Society of the Divine Word, Fr. Arnold Janssen, the founder, and his first missionary Fr. Josef Freinademetz, SVD were beatified in Rome by Pope Paul VI. In 2003 they were canonized.

Fr. Freinademetz reached China in 1879. He served as a missionary for 29 years, dying in 1908 after devoting himself wholly to the Chinese people. He never returned to Europe.

In the summer of 1999, four Polish SVD missionaries were beatified by John Paul II. They are martyrs killed during World War II in concentration camps for 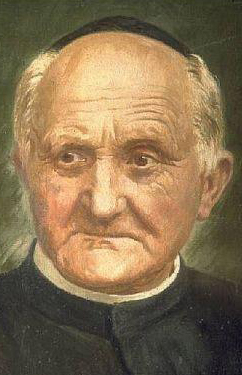 witnessing to the Gospel.

In the meantime, Arnold Janssen’s work continues to grow. All three of the congregations he founded have since become international, multicultural communities. At present. St. Arnold Janssen’s missionary Priests, Brothers and Sisters are working in 72 countries around the world and number about 10,000.

One of the hallmarks of this vigorous religious family is its internationality, its multi-cultural makeup. Teams of missionaries are made up of members from many different nations and cultures working together for the Kingdom of God as a concrete sign for our divided world that such cooperation is both possible and desirable. 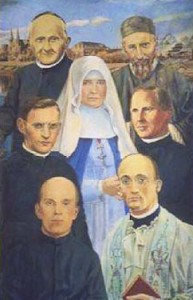 The Society fully treasured the inheritance of its spiritual leader St. Arnold Janssen, his missionary zeal, his veneration of the Incarnate Word and of the Holy Spirit, “who will change the face of the earth.”

The USA Western Province is located in California, in the southwestern part of the United States of America, on the Pacific Coast bordering Mexico to the South, the State of Oregon in the north, Nevada in the east and Arizona in the south-east. California is home to Hollywood, Los Angeles, the entertainment capital of the world and of Silicon Valley, the world wide capital of intemet and digital technology.

The SVD communities are in the dioceses of San Francisco, Oakland, Los Angeles, San Bernardino and San Diego. the Province office is in Riverside, CA. California has 37 million people with 42. 3 % whites, 36.6% Hispanics or Latinos, 12.5% Asians, 6.7% Blacks, 2.6% Multiracial and 1.2% Native Americans. Though the official language of the state is English, more than 35% of the population speak a primary language other than English at home. So much so the California department of Motor Vehicles conducts the written examination for drivers’ license in 31 languages. Masses in Los Angeles on any given Sunday are celebrated in 62 different languages. 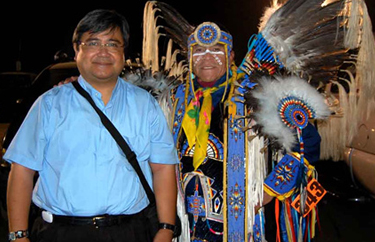 The international character of our Province has become a major advantage in responding to the needs of the people of different cultures and languages. In addition to confreres born and brought up in the United States, we have confreres from China, India, Indonesia, Philippines, Vietnam, Mexico, Panama, Argentina, Ghana, Kenya, England, Ireland, Holland, Hungary, Poland and Slovakia. Previous experiences enable them to learn a new language and adapt to the new cultures and traditions