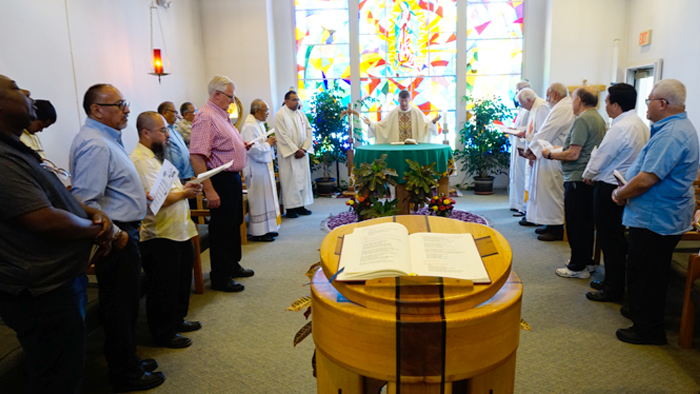 The provincial annual retreat took place from October 21-25 at Riverside residence. The retreat was guided by Mike Somers, SVD the vice provincial of USS province. There were 43 members that participated in the retreat. The retreat was guided following the Arnold Janssen spirituality program as Mike Somers have worked with the Arnold Janssen spirituality team earlier.
It was a great experience for everyone to reground in our spirituality and charism. Mike referred our charism to the universality of the church. Our internationality and interculturality is a clear indication of our charism and a witness to our missionary life. It was a time to know our founder, his dedication and determination a little more. It was also a time to know our founder’s spirituality that he handed down to us as members. 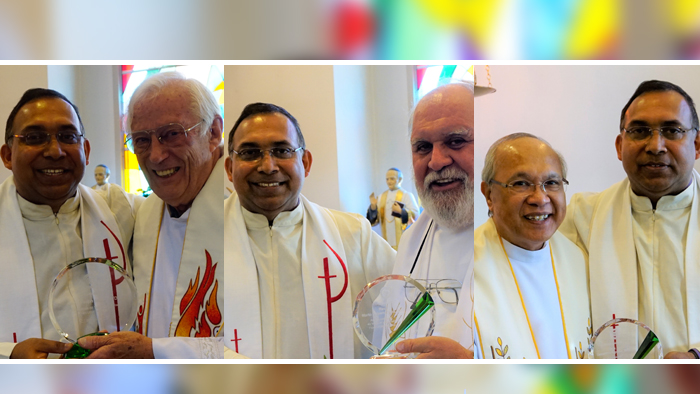 On the last day during the Mass every one renewed their vows. Three of our jubilarians were recognized during the concluding Mass as they were unable to join the annual jubilee celebrations on 8th September. Joe Miller who is celebrating 60 years of vows, Mario Olea and Demetrio Aguilar are celebrating 40 years of vows. During the Mass they were given mementos on behalf of the province and thanked for their service and dedication to the Society