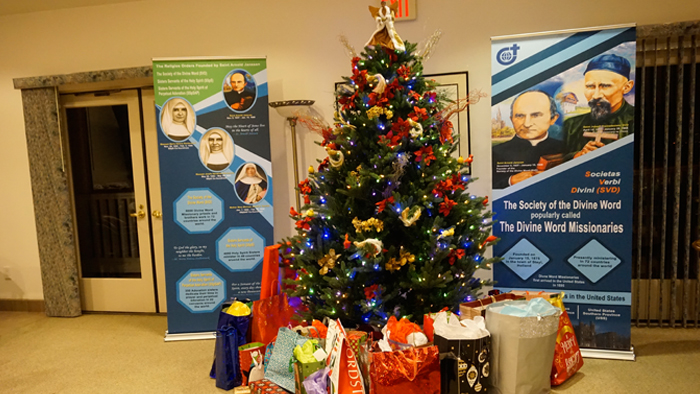 Nearly 50 of the members of the USW province gathered at Divine Word Residence, Riverside on January 15, 2018 to celebrate Christmas, New Year and the Founders Day. The program began with the Holy Mass presided by Jon Kirby the Vice Provincial. During the homily he highlighted the aspect of our interculturality and the internationality. Focusing on the upcoming General Chapter theme “Impelled by Christ” he said that we need to reorient to the spirituality and charism of the founding generation and evolve new things from it according to the need of the time. 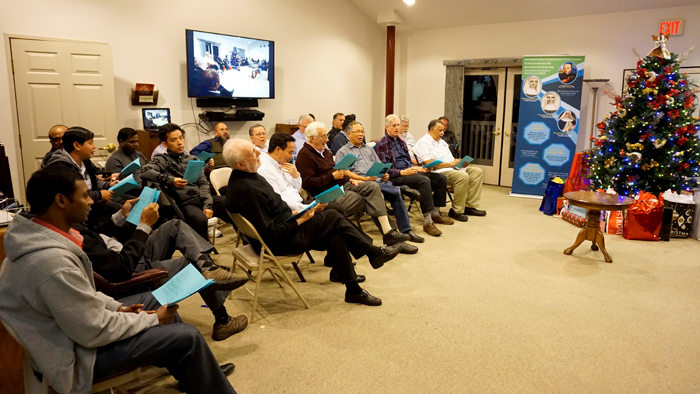 Soney Sebastian, the Provincial thanked everyone for their presence and fellowship. He thanked Jon Kirby for presiding the Mass and for the wonderful message. Mass was followed by a wonderful social and a great dinner. After the dinner everyone gathered in the recreation hall for the traditional gift exchange. Wrapped gifts were placed under the Christmas tree. 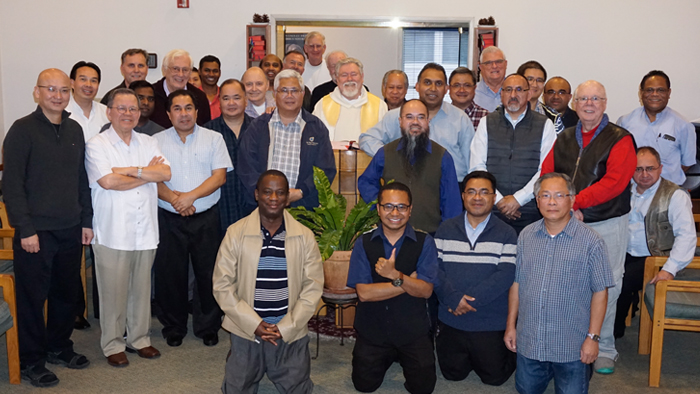 Everyone was given a number and when the number was called out the corresponding person picked up one gift of his choice and opened it in front of everyone. The fun part was that the next person instead of taking a new gift could grab the one opened by the previous person. One gift could be grabbed three times. It was so fun and delightful to see everyone enjoying the gift exchange trying to grab from each other. There was a great run for gifts with money and gift cards. 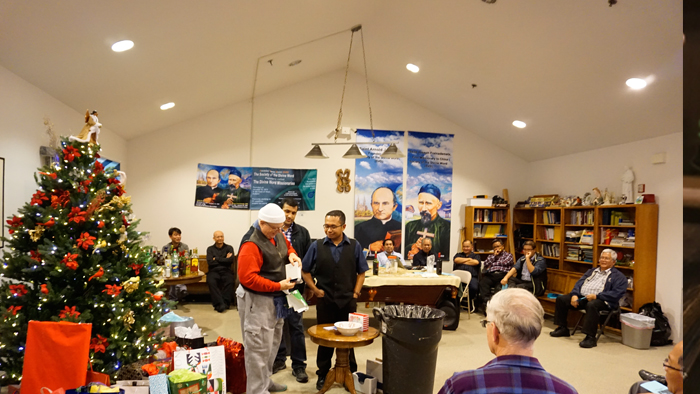 Yori Soda and Biju Thomas coordinated and organized the gift exchange. Yori also led the music for the Mass and Christmas Carol songs during the gift exchange. It surely was a great time of belonging, togetherness and fellowship.