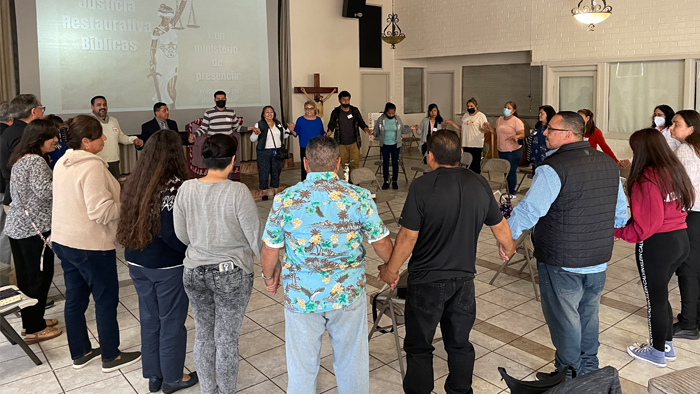 Promoting mission awareness calls us to be creative in the ways we approach our SVD ministries. Most of my life’s work has been along this line. Of my 34 years as an SVD priest 23 have been spent as a chaplain in the US Federal Bureau of Prisons. Over the last few years, since I retired from the prison chaplaincy, I have continued in that direction. I been privileged to work with a team consisting of former incarcerated individuals, people in recovery programs and a lay Catholic theologian, trying to assist former inmates in their recovery and transition. One of the ways we try to help them is by offering a special kind of retreat—the Restorative Justice Reentry Retreat.

Once such retreat was recently held at Saint Patrick’s Church in South Los Angeles, June 3-4. It was co-sponsored by the Archdiocese of Los Angeles’ Office of Restorative Justice. Julio Escobar, from the Office of Restorative Justice in the Archdiocese of San Francisco was the facilitator and presenter. The retreat experience brought together families of the incarcerated to deepen their understanding of restorative justice from a Biblical perspective.

The participants explored the concept of Restorative Justice. They were introduced to themes such as: What is Justice? Is it a fair system? Accountability vs Reparation. Forgiveness as process. They looked at ways to right a wrong action in order to repair that which has been broken and they were able to look at God’s justice in light of the Metanoia experience–that awareness of self in relation to the other. Using a process of awareness that involves See, Assess and Act, participants were able to grasp the concept of Restorative Justice in light of its three aspects: Perpetrator, Victim, and Society.

The concepts of Reentry were developed in order to help participants implement all of the above in their lives. We especially focused on the following: becoming aware of the problem, responding to that which affects us all, restoring and making it right, encountering the other, and including the other in the reparation and reintegration process. We offered them practical applications in their workbooks to help in the reentry-forgiveness process, so that they might be freed from those special difficulties that afflict them and their family on reentry. 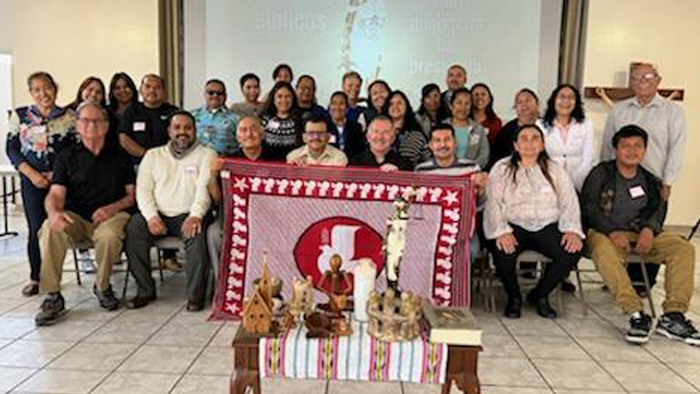 They learned communication techniques that focused on issues that might cause certain responses or behaviors from others. Other themes included: how victims can become offenders, identifying precipitating factors, and situations which may cause one to act positively or negatively.

Our facilitator used Biblical texts such as the “Prodigal Son” story to highlight the process of restorative justice and its stages. These include Reflection/Awareness, Decision to Change, Confession, Conversion, Restoration-Dignity, and Perseverance.

The facilitator uses the sacrament of reconciliation as a model to highlight the process of restorative justice and its stages. These are:
• Acknowledge and confess your negative behavior through sincere repentance.
• Seek forgiveness.
• Make amends and make right.
• Seek reconciliation with those you have offended and with others.
• Seek harmony and balance.
Seek appropriate / responsible relationships.

Finally, we introduced a new program called the Excell Network that provides ex-offenders educational scholarships to assist them in their rehabilitation efforts. While providing financial aid, it assesses their motivation and holds them responsible. It motivates them to pursue practical careers such as in Healthcare, Education, Business, etc.

Supporting the formerly incarcerated and their families requires us to think “outside the box.” It requires entering into their reality, helping them articulate their needs and walking with them throughout their healing process. Unfortunately, if not guided and helped, the actions of the formerly incarcerated frequently make both their families and the wider society survivors and victims. Our missionary calling, therefore, prompts us to go beyond the regular sacramental services offered to our church communities, and to be creative and expansive in our efforts to bring healing and wholeness to those in need wherever we find them.