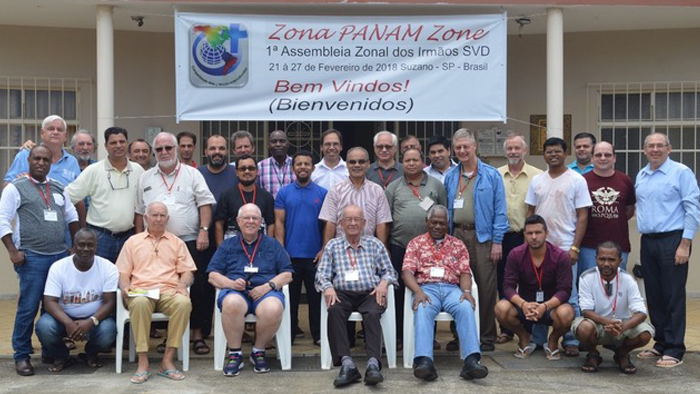 (Steve Pardy attended the recently organized Panam Zonal Assembly of the Brothers. This is excerpt from what he wrote on the Assembly).

The first Panam Zonal SVD Brother’s meeting took place at the SVD Center in Suzano, a suburb of Sao Paulo Brazil on the 21-27 February 2018.  The weeks intensive discussion (in at least three languages Portuguese, Spanish and English) related to the SVD Brother in today’s SVD world.  The topic was this ministry but also the vocational promotion and eventual formation of this calling as it relates to not only the region but to the wider SVD world as well.
There were thirty participants from: Argentina, Venezuela, Brazil (of course), Bolivia, Papua New Guinea, Jamaica, Panama, Chile, Colombia, Ecuador, Mexico, Paraguay, India, Indonesia, the US and Bro. Guy Mazola, from Congo/Rome.
Statistically the numbers speak for themselves.  According to numbers provided by General Councilor Brother Guy Mazola, SVD, the total Brother population in the Society is now little more than 500 Brothers and the numbers continue to decline as does the clerical population now totaling around 4100.  The estimation of the Generalate is that these numbers will never exceed and any gains will be offset by deaths in the Society. 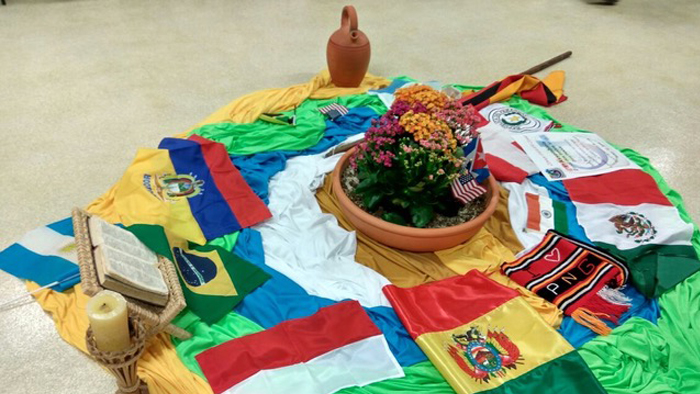 It was the realization of these statistics that this assembly was called to address the situation and see what can and might be done.  In my estimation, as seen through the fog of the three languages, a) Vocational promotion must be pursued and having attracted an individual, b) formation must be strengthened and encouraged.  The SVD has a mission and thus an obligation to do all it can to enable those sent to us to be able to function, flourish and enrich those to whom we are sent, now in 84 countries of the world.
Having said that I would like to offer the following observations of the meeting as I experienced it.
Logistics:  If nothing else, these meeting themselves illustrate the complexities facing Provincials and their councils.  We in the Northern sub zone, i.e. the USA, are fortunate in our makeup.  The issue of vocational promotion and formation remains a work in progress but in so far as we are all in one language group and location things are easier.  By that I mean we have it made in comparison to South America with so many provinces in so many countries.  There are programs in place but approaches remain complicated by a) a huge area and b) different countries and even languages. In addition to South America, reference was respectfully made to difficulties experienced in other provinces and especially Indonesia which has the largest population in the SVD world. 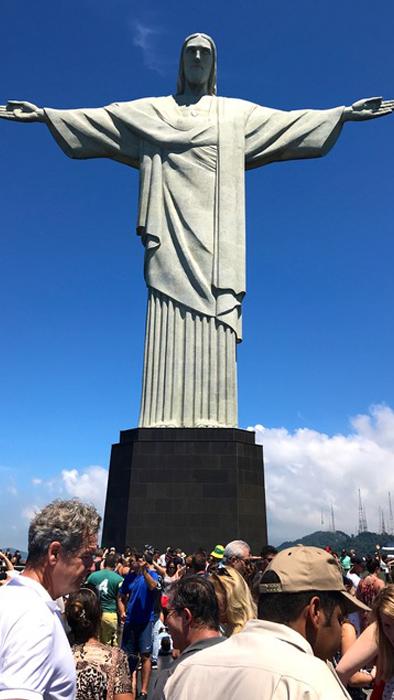 Clericalism!  There are certain items that are not pleasant to talk about and this is one of them.  That bugaboo has been with the Society since its beginning.  And not only the Society, clericalism is alive and well in the Church itself as it relates to Male and Female Orders alike!  Having said that, there was no hint of it in this gathering but it was discussed as discussed it must be.
Having said that, the Society has made attempts to address this issue and we are the better for it.  Despite the Vatican and church bureaucracy, the SVD and other orders continue to make inroads and all concerned are to be commended for their efforts. Much still has to be done “intra”. But in the end, all members must re-educate themselves and address the situation accordingly.
Interestingly the Prefect of the Congregation for Institutes of Consecrated Life and Societies of Apostolic Life, Cardinal Franc Rode noted in an address to a meeting of religious men and women (Boston 12/5/2008) that central to our common renewal is “fidelity to the charisms of the founders which attract vocations.”
Conclusion: In the end, Education is not only the key but something we have to offer to a needy world and it behooves us, the Society and us Religious as well, to make as great a use of it as possible to “do good” within a whole new paradigm. English and Spanish are the two languages recognized by the Society and should be part of the curricula of those in formation. The good Lord will continue to send apostles and we, as people of faith, are blessed to be even a small part of that. The group can only hope and pray that was accomplished here in Suzano can contribute and have some impact to the upcoming General Chapter in Rome.  “The Love of Christ impels us: Rooted in the Word, Committed to His Mission!”
Respectfully,
Stephen Pardy, SVD