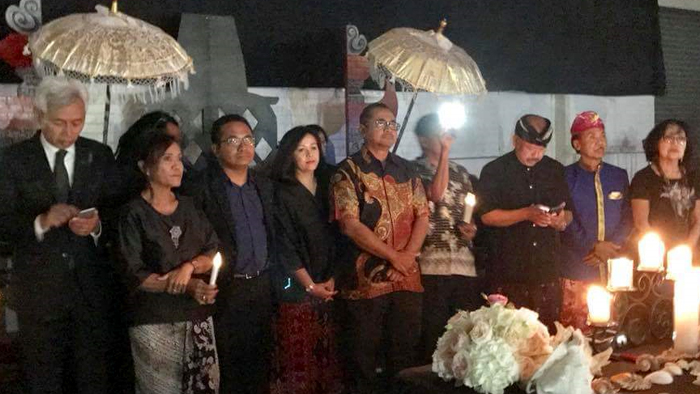 On 7th October2018 Fr. Yori Sodanago SVD was invited by the Indonesian Consulate in Los Angeles to participate in an Inter-Faith Religious prayer service for the earth quake victims in Palu, Donggala, Petobo, Sigi and Central Sulawesi, Indonesia. There were two Buddhist and Hudustan Imams, one Protestant priest, two Muslim Hajjis besides Yori himself. The Consular General is a catholic and he expressed his appreciation for the presence of the religious persons. The occasion raised about $27000 towards the help of the victims of the earthquake. We appreciate Yori for his presence and showing the solidarity with the victims of calamity.

A massive, powerful earthquake and tsunami hit the island of Sulawesi killing hundreds of people recently. It has caused widespread destruction. Thousands of families have been displaced and are in need of shelter, medical care and food. Many have been injured and the death toll is still rising.