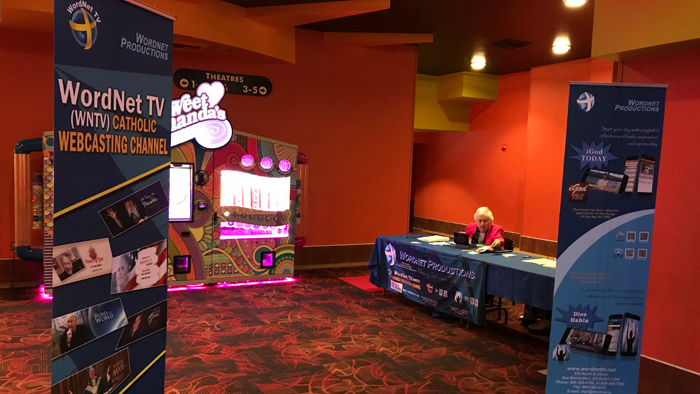 Wordnet Production launched its 24/7 web streaming channel www.wordnettv.net (WNTV) on October 18, 2017 following the prescreening red carpet premiere of the movie “Same Kind of Different as Me” at the Regal Cinemas, in San Bernardino California.
Following the well attended movie (in three theaters) the new Channel was inaugurated by Patrick O’Reilly the Chairman of Wordnet’s Board. The inauguration took place immediately after the first show in the presence of a packed theatre. There were a total of three showings of the movie and presentations on the web channel was done after each of them. You can watch the programs on the website www.wordnettv.com which streams 24/7. Shows our continuously added so check the times in your area now and in the future. 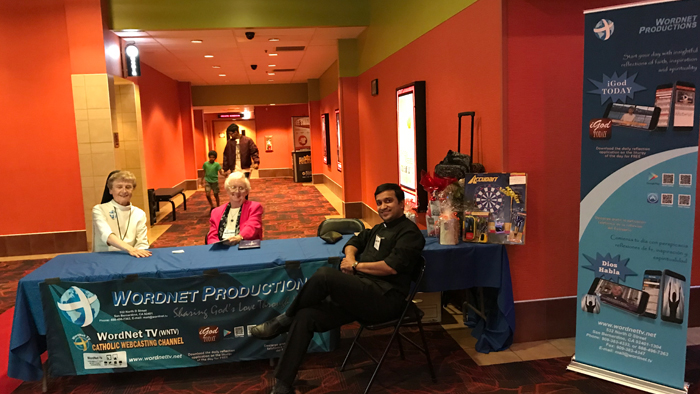 Should anyone be interested in streaming their own productions, please know wordnet productions would be  happy to include your uplifting programs to the catalogue, streaming worldwide 24/7.  Please prowl around the site www. wordnettv.net which will give you a better idea of what we are developing.
Leave a comment