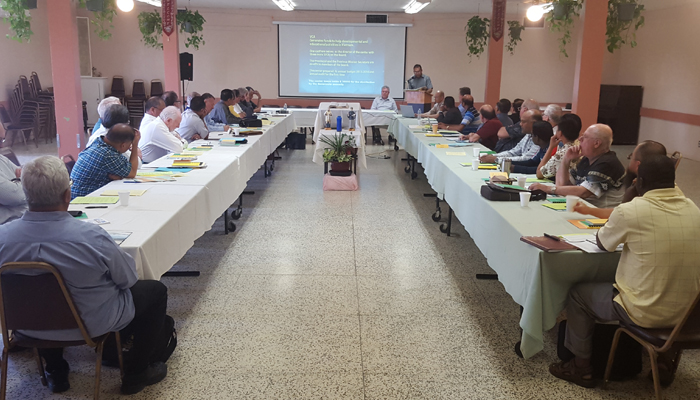 The XVIII USW Provincial Chapter took place on April 6, 2016 at the Riverside residence. The Chapter began with the Bible enthronement by Hieu Trong Nguyen. Soney Sebastian, the Provincial declared the Chapter opened during the opening prayer. Later he presented an overview of the Province. There are 65 member in the province and we work in 6 dioceses in California. The major activity of the province is pastoral with 18 parishes to its care and ministry. He highlighted the specialized ministries that we have like media and communications with Wordnet Productions, Bible ministry with Ministerio Biblico Verbo Divino, charitable activities among the Vietnamese with Vietnamese Charitable Association and the hospital chaplaincies. He also shared the upcoming transfers as part of the personnel management of the Province. 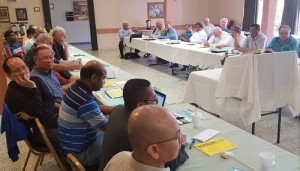 Pavol Sochulak the Provincial Treasurer presented the financial status of the province and some of the future plans of renovation and repairs. The afternoon session was spent in discussing the suggestions and recommendations. The Chapter has formulated a few resolutions and recommendations. They will be send to the Generalate for the final approval.

Besides the twenty two delegates there were many members present during the Assembly and the Chapter making it very participatory and a community activity. It was also a time to interact with the members and listen to each other. The Chapter was concluded with the Mass. Everyone enjoyed the social and dinner later.