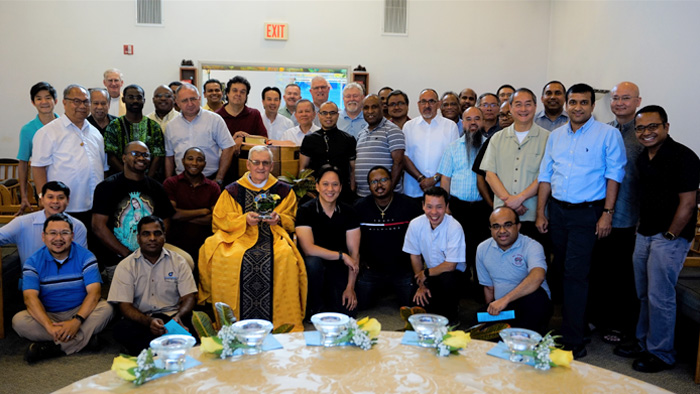 The Jubilarians of 2019 were celebrated on September 9th Monday at Divine Word Residence, Riverside. Though we had six jubilarians, only Neil Fuller celebrating 50 years of Ordination was present. The rest of the five celebrating their vows were not able to present due various reasons. The absentees were symbolically remembered by lighting 5 lamps placed on the altar. The celebrations began with a meaningful liturgy presided by Neil Fuller. The Provincial welcomed everyone to the celebration. Neil during the homily shared about his early family life
and the interesting story of his entering the Society for priesthood and religious life. He acknowledged the many blessings he has received and expressed his gratitude. 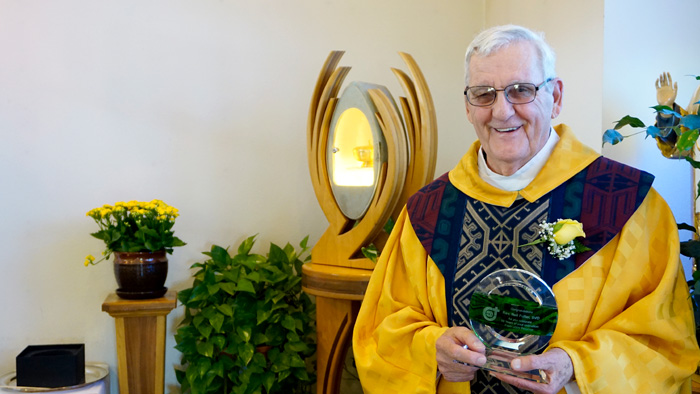 He was presented with a memento on behalf the province. Soney Sebastian thanked him for the many years of his religious life and contribution to the Society and the Church at large. The provincials from USC and USS were also present for the celebration. Another highlight of the celebration was the presence of the members from other two provinces who are under 5 years of their ordination. Mass was followed by social and a wonderful dinner prepared and presented by Melvin James and the staff. We thank the Rector, the community and staff for making all the arrangements for the celebration. 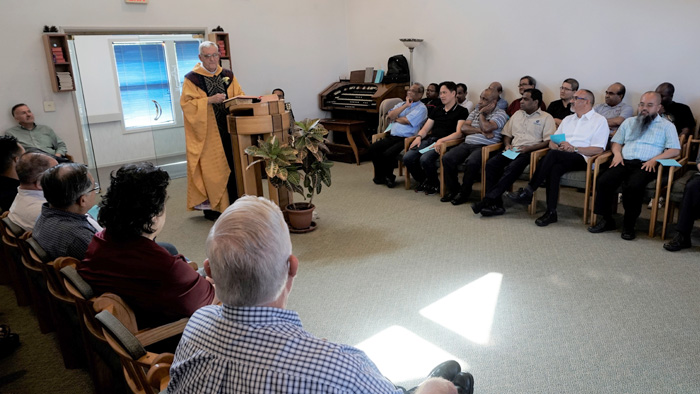