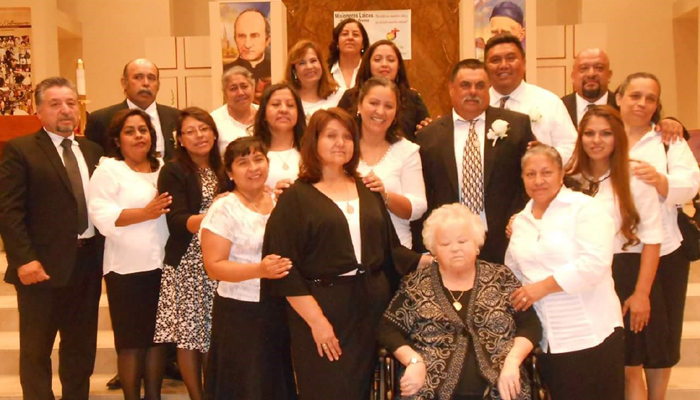 A total of 25 MLVD members made their commitment as Lay Missionaries of the Society of the Divine Word. They are from two of our parishes, Queen of Angeles, Riverside and Our Lady of Lourdes, Los Angeles.
On September 9, 2017 sixteen members of the MLVD Queen of Angeles, Parish, Riverside renewed their commitment as Lay missionaries and 3 new members made their commitment for the first time. During the Mass they expressed their appreciation for the Society and for the province. In a short presentation after the Mass they shared with the parishioners the process with which they were able to acquire the new Kairos facility and how they were able to remodel and renovate the structure to suit their needs. 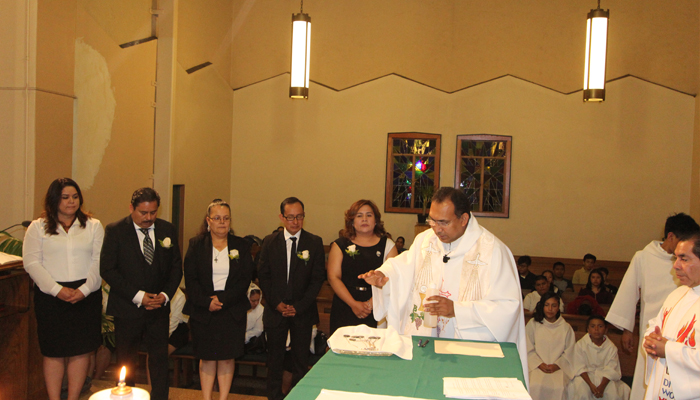 On September  23, 2017 six members of Our Lady of Lourdes parish, Los Angeles made their commitment as the Lay Missionary associates of the Society for the first time during the Mass. Their commitment taken in the presence of lot parishioners was surely a witness as missionaries. We are sure that more and more members will come forward to make the commitment as the Lay Associates in the coming years.
At both the ceremonies Soeny Sebastian was the main celebrant. It was concelebrated by Jesus Zamarripa, Beni Leu, John Duy Tran, Predheep Satianathan and Emilio Reyes. On October 13th three representatives; two from Riverside and one from Los Angeles will leave for Nemi to participate in a workshop for the lay associates of the Society organized by the Generalate under the leadership and guidance the present Generalate Mission Coordinator.