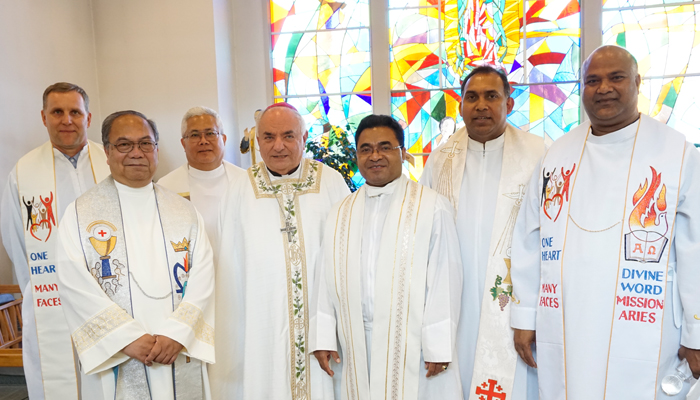 The annual jubilee celebrations in the province was held on Sept. 7, 2017 at Riverside residence. The celebrations began with Mass celebrated by Bishop Barnes concelebrated by the jubilarians, Briccio Tamoro, Jose Goopio (50 years in vows), Pavol Sochulak, Beni Leu (25 years in Vows) Joseph Anthony and Soney Sebastian (25 Years of ordination). Anthony Madanu who celebrates
25 years of ordination was unable to attend the celebration as he was on a pilgrimage to the holy land with the parishioners from St. John the Evangelist Church, Los Angeles. 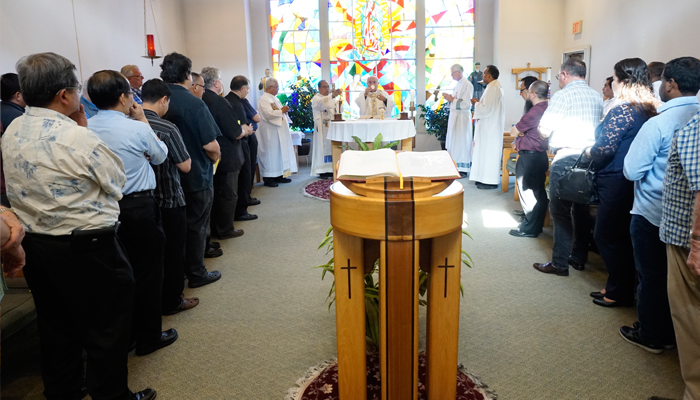 Briccio Tamoro the homilist shared about his life in the missions of Argentina and Spain and what led him to USW. All the jubilarians shared about their priesthood and missionary life after the communion. Goopio about his assignment to Indonesia and the many years that he spent as a missionary and formator, Beni Leu on his assignment to Ecuador and his mission among the natives as well as forming the lay missionaries, Pavol on his missionary adventures and
challenges in Colombia and the struggles with rebels, Joseph Anthony on his mission among the people of South India and his challenges and achievements in the field of education and Soney on his communication ministry in India and later the wonderful years of working with Mike Manning. 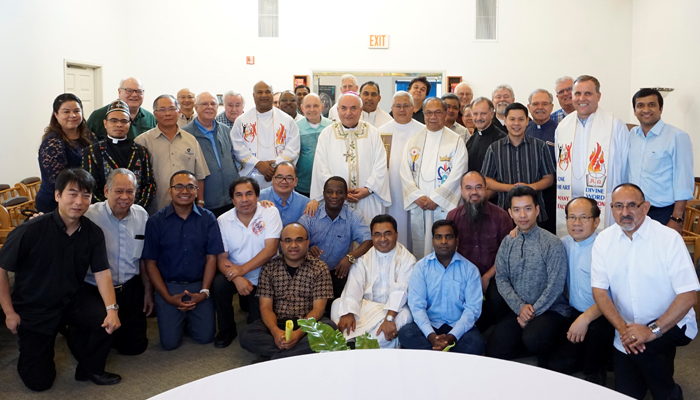 Bishop Barnes in his sharing informed that he is able to relate and identify with the religious as he began his priestly formation with a religious order. He also told the gathered community the moments of joy and frustration that makes his job as a bishop. All the jubilarians were felicitated with mementos. 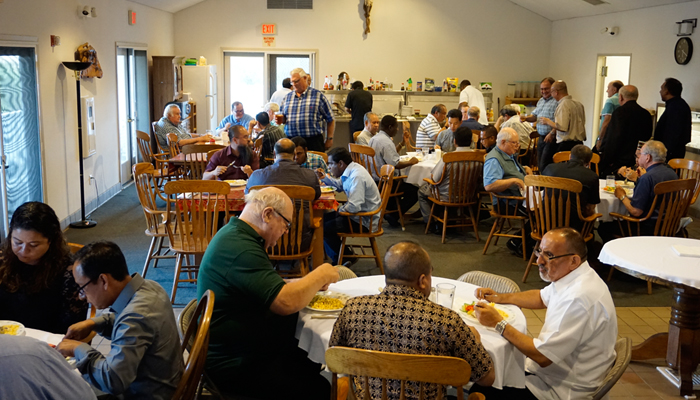 The Mass was followed by a wonderful social and dinner. It was a great evening for everyone to celebrate the jubilarians and the feast of the Society. We thank the Paul Schmidt, Rector of Riverside residence and his team for making all the organizing and arrangements. Special thanks to Yori Sodanago for the music for the liturgy. We once again congratulate the jubilarians and thank them for their untiring service and commitment to the province and to the Society.