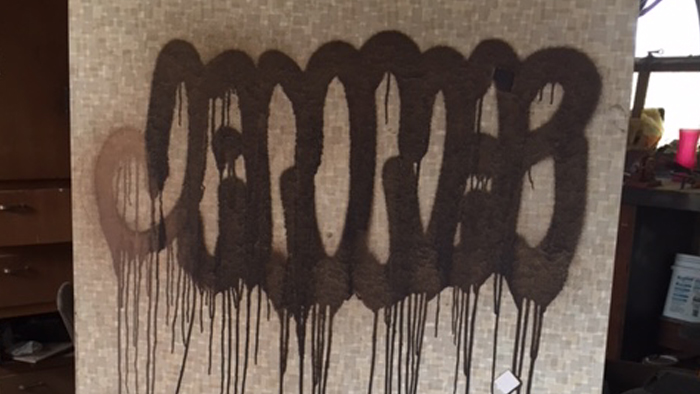 St. George Church, Ontario, the old and new church had vandalism incidents on December 23rd and 24th. Trung Mai informed that on December 23rd morning at about 7:15 a.m. he went out to open the entrance gate of the Church and noticed that the door leading upstairs to the choir balcony outside the old church was open. He went up to check and found some candles burning inside the old church. He did not enter immediately instead waited until the landscapers came and asked them to go in with him to check. There were 6 candles burning, some satanic images and the cross upside down. The previous night he had locked all the gates at 11:45p.m. This is the second time the Church was broken into. 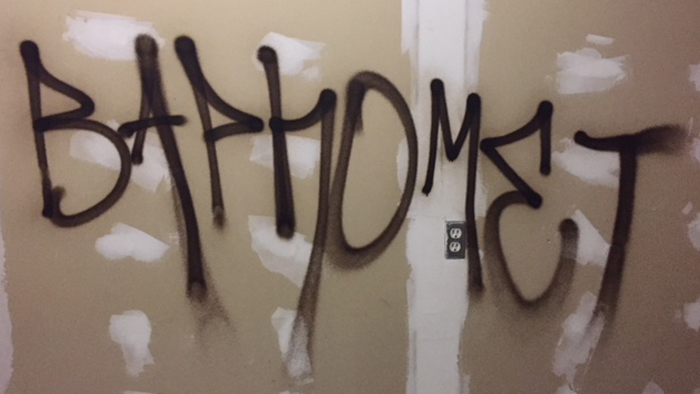 The old church is not being used for any worship and religious functions. At the same time it needs to be maintained as it has been declared a historic monument by the city. 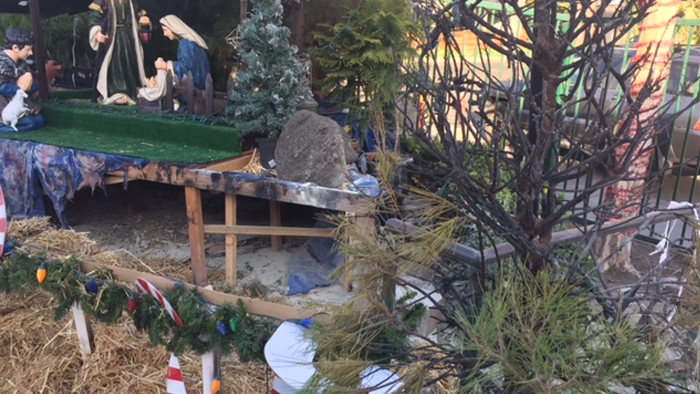 On Dec. 24th came the second vandalism. At around 2:30 p.m. Trung Mai went out to the parish office and noticed the nativity scene was on fire. There was a man running around as if to look for someone. Trung Mai asked him to help putting out the fire while he ran into the church to get the fire extinguisher. Fortunately, only the Christmas tree was burned. They called the police and five of them came with some fire fighters to investigate to see if there is any link to the incident that happened at the old church the day before. 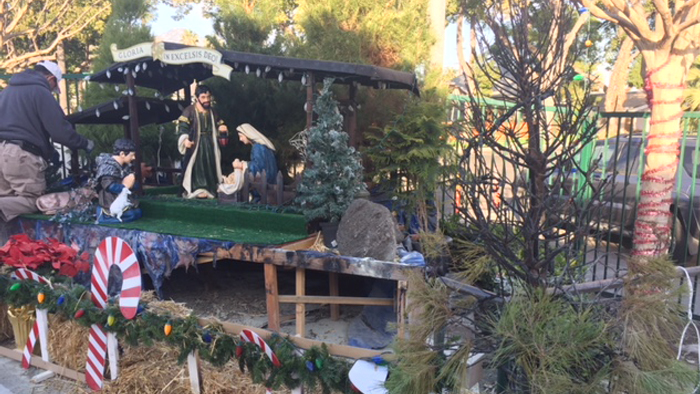 The Nativity scene was rearranged on time for the Christmas Vigil at 5:00 p. m. All the Christmas celebrations took place without any problems and disruptions.